What Is The Wingman? 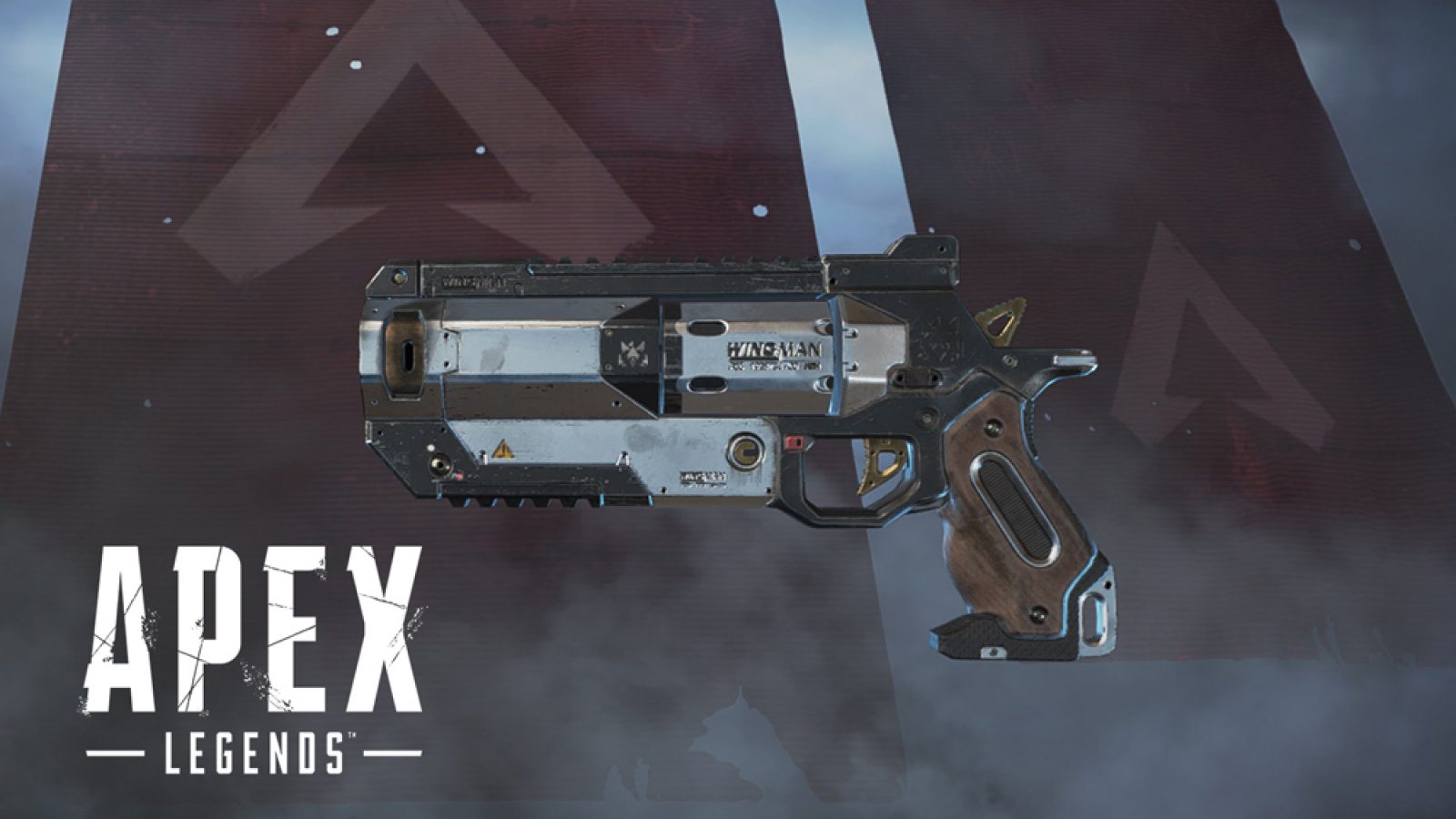 The Wingman is Apex Legend’s version of the Halo pistol. It was, and is still absolutely incredible. It fired more quickly than any of the DMR rifles such as the Longbow, and Scout. Why was this an issue? Well, it basically made these two guns totally irrelevant. There was absolutely no reason to pick these guns up. If you did pick them up, you picked them up temporarily until you found a Wingman. Why? Because the Wingman was quite literally better at everything. Fire rate was higher, accuracy was higher, dps was higher. It did 45 on each body shot, and shot 3.1 rounds per second. That’s a little over 135 dps from a pistol. It’s just a tad ridiculous.

Respawn Entertainment made a reddit post March 6th, 2019 noting a few changes that are coming in the Battle Pass, but also a few changes that have hit today (without a client update). Below is the Wingman change that we’re discussing here.

Why Is/Was The Wingman So Good?

If you’re going to try and say that the Wingman, post nerf, is a bad gun then you’re just simply lying to yourself. It is still an incredible gun, and will be used an incredible amount still. To be blunt, it’s damage per shot is just too high for it to be bad unless they nerf the fire rate again, by half.

A lot of people were hoping to never see a nerf on the Wingman, and for awhile, it actually seemed like that was going to happen. Their argument was that it was a high-skill cap gun that required the users to hit their shots. While that is true, the same can be said about any gun. The problem with the Wingman was that the fire rate was significantly too high for it for the amount of damage that it was doing. It was to the point where you really didn’t aim all that much. You’d just aim in the general direction, and pull the trigger as fast as you could. With a purple mag, the gun has 12 bullets. That’s 4ish seconds for 12 shots, totaling 540 damage from a Pistol. That’s 540 damage that you can shoot in someone’s general direction, and be satisfied by only hitting a few shots because of just the raw power.

On top of that, the hip fire spread was increased on the Wingman because it also doubles as a shotgun. I mean, with a skull-piercer, this bad boy did 101 damage head shots with 45 body shots. With the spread on the shotgun, there’s almost no point in even using a shotgun at that point. Why hit for 8 when you can hit for 45 from the Wingman?

How Does The Wingman Nerf Change Meta?

I think it is safe to say that the Wingman nerf is going to change the meta quite drastically. Wingman warriors are going to be deeply saddened by the news, and are going to have to find their new weapon of choice. Then, there’s the people that refuse to use the Wingman who are happily clapping as I write this article. “I TOLD YOU SO!” will likely be heard for a few weeks as well as some nice, juicy memes.

I think there’s going to be a few new guns that rise to the top. With the addition of more energy weapons, and energy ammo, I think the Devotion is going to see a significant increase in use, and production. If you’ve ever actually fought against this gun, that has a turbocharger, you know how damn scary it can be. You actually can’t out-dps straight up. You have to consistently make them stop firing otherwise you’re going to get lit up. The biggest problem with the Devotion, was that there simply wasn’t enough ammo available on the map. They changed that in this update, increasing the availability of energy weapons & ammo in all zone tiers. Keep your eye on the Devotion.

The R99 is a gun that has been quickly creeping up the list for me. I don’t think it is anywhere near being overpowered, because of how quickly it actually runs out of ammo. However, if you are consistently hitting your shots, this gun is face-melting. Those scenarios where you’re fighting team after team as if it’s a gauntlet, the R99 begins to struggle. I’ve quickly gone through 300 bullets. No one wants to run out of bullets mid-fight. On a plus side, though, it is very good for chasing down players if you’re more of the aggressive type. It is incredibly quick to reload, and very mobile. It all depends on your playstyle, which is where the next gun comes into play.

The R301 is the best assault rifle in Apex Legends, hands down. The shear damage this bad boy outputs, and the recoil on it aren’t matched by anything. It’s quite literally a laser-beam. If you’ve had one with even basic attachments, you know exactly what I am saying. Not only that, but it has significantly better range than the likes of the Devotion, and R99. This is going to make it a jack of all trades. It can fight up close, medium range, and long range. It all depends on the other gun you’re looking to pair with it. Either way, watch for the R301 to likely be at the number one spot.

Was The Wingman Nerf Justified?

The Wingman nerf was absolutely justified. If you’ve been playing Apex Legends a good bit, if you have any sense of rationality, you knew how broken the Wingman was even if it was your favorite gun. Too much damage with too fast of a fire rate. I mean, 303 damage (3 headshots in 3.1 seconds). That’s 1.5 players in three seconds if you hit headshots on every shot. You can have TWELVE bullets with a purple mag. While the likelihood of that happening is rare, it absolutely happened and even the possibility of it happening is a bit overwhelming.

I’m not sure that the fire rate nerf was the way to go personally. I think that the amount of bullets should’ve been adjusted. If you remove the extended mag on the gun, you’re left with six bullets. This is going to force players to actually take their time shooting the Wingman as opposed to just firing in someone’s general direction. From there, if it felt right you can leave it. If it would need more of a change, you could add a slight increase to the reload speed of it. Either way, the Wingman needed to be tuned down. Let’s see how it all plays out!